Creating a personalised calendar is a great way to show off your photography whether for the family or organisation. The difficult and/or time consuming part is creating the images.

I first made a calendar using a template that came with Digital Photo magazine just as digital photography was taking off. That was for 2002. They provided templates the following year too. I don’t recall if they produced any more templates as I created my own design using Photoshop. The majority of images in those first years were scanned from film. I have pdf copies of all calendars I’ve produced bar 2005 and 2006 for some unknown reason. 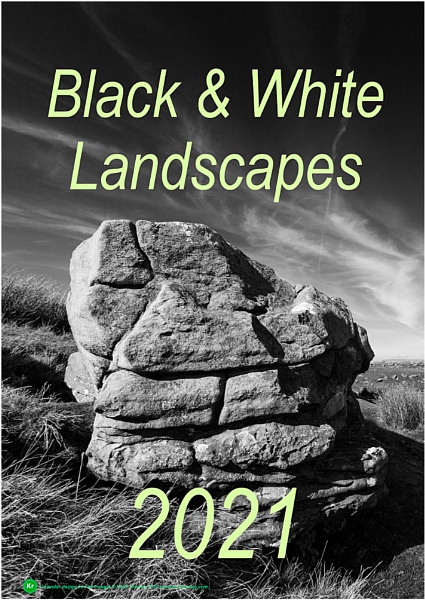 I then made almost identical templates using Serif PagePlus X4, a desktop publishing program. The reason for that too is something else that’s lost in time though it was an interesting exercise using alternative software and a great way of learning. Previous experience with other software such as Quark Express and Microsoft Publisher came in useful.

Nowadays I use Affinity Publisher which is great to use and I can easily and seamlessly switch to edit in the Photo Persona if required. Affinity Publisher read my original Photoshop files so that saved a lot of work. It didn’t, however, read the text as text, instead treating it as an image Layer. It was no problem creating new text frames for the months and captions. I have templates with the first of the month starting on each day of the week. I hide the layers where for example the 31st isn’t required. The whole thing doesn’t take long to assemble and is easily customised though I have settled on a format I like. Once I’ve finalised an image it’s a couple of clicks to import it into a picture frame. 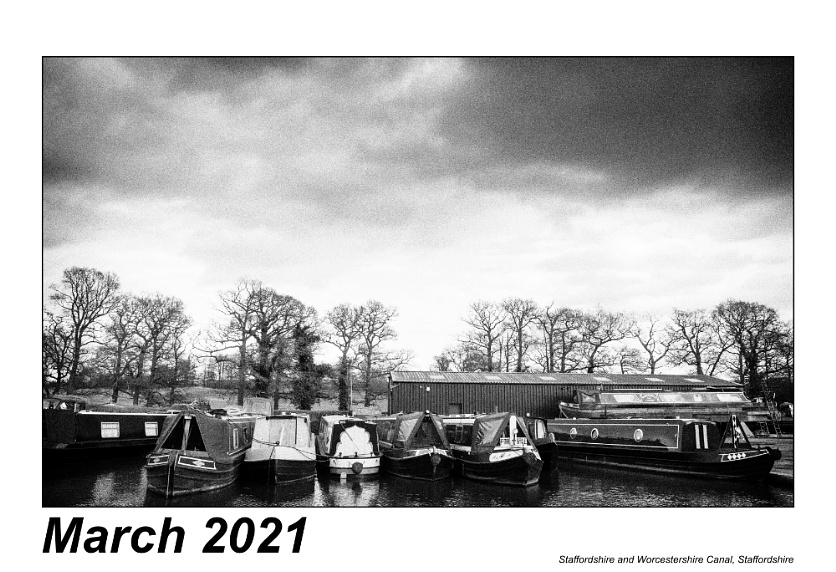 In the early days I printed the calendar myself. I upscaled the Digital Photo templates to A3, and those I created myself were A3 from the start. Binding the sheets together was the weak point in my production process in that it didn’t look great. I then came across, via the ephotozine forums, a recommendation for Fileprint who I’m very happy to use and have done for what must be ten years at least now. I create a pdf, upload it and a couple of days later the order is delivered. Nicely spiral bound and with a hanger. A3 calendars aren’t cheap but they do look good. And I don’t mean an A4 booklet style that opens to A3 with the spiral binding in the middle. Fileprint do request the pdf is in CMYK colour space rather than RGB. No issue for a desktop publishing program. 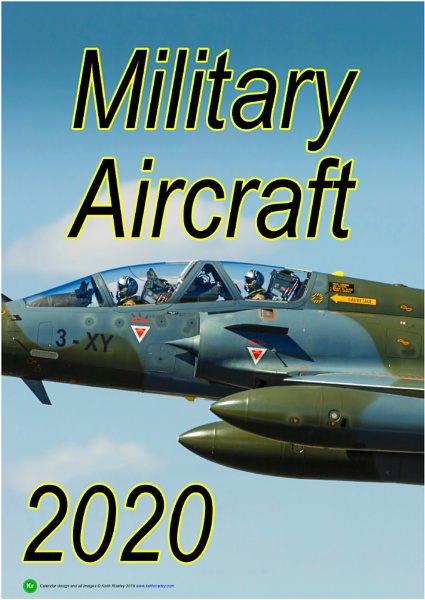 I also produce a narrow calendar where I get two months on an A3 sheet. I use double sided paper so that’s four months per sheet. There’s a greater choice if you use single sided paper, but the double sided Permajet Matt and Oyster serve me very well. The pictures aren’t huge so I’m not using large quantities of ink. The paper needs cutting down the middle but nothing a good craft knife and metal ruler can’t handle and I can spiral bind it myself too. 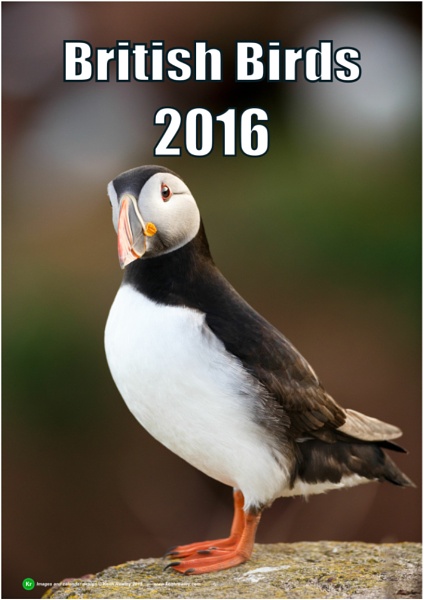 So what about the images? I like to come up with different themes. A couple of years running I did British Birds but there were different species in each, apart from puffins which appeared twice (because you shouldn’t ignore puffins!). Sometimes I shoot specifically, such as a series of flowers against a white background so the whole shoot was done in a couple of afternoons. At other times I have to go and shoot a few extra images. Sometimes I’ve got enough from my archives for example from a visit to the Royal International Air Tattoo. Some ideas take a few years to accumulate twelve appropriate pictures. 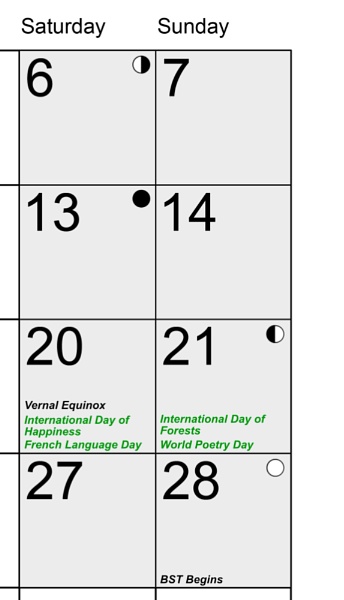 There are further embellishments that can be added if you’re so inclined, want to spend the time and know recipients actually appreciate them. One suggestion is to include astronomical data such as the phases of the moon. Notable dates are another. For personal calendars you could include birthdays ad anniversaries (no excuses!). World Whisky day is nice to know about World Water Day is a more sobering one because many people in the world either don’t have enough or don’t have access to clean water, something we take for granted. Sporting dates are yet another idea although I didn’t include any in my 2021 calendar because of the uncertainty due to the pandemic. Picture captions may or may not be necessary or required, but do consider them. You may not want them if you want to keep a location your secret, but you may want to include the common and scientific names of butterflies.

Finally, it’s your own work, both the design and the images, so include a copyright notice. If you have a website include a link as well as a QR code, not forgetting twitter, Instagram etc. If you’re producing it for an organisation such as a local charity those are important, as are their contact details.