The size of popular cameras has varied over the years and continues to do so. You think your Nikon D5 is big? You think your latest Olympus is handy? Sorry to disappoint but you’re in exactly the same position as photographers in previous decades.

My first ‘proper camera’ was a Praktica Super TL3 I had for Christmas 1979. It was a model specific to Dixons (a high street retailer long since gone though its descendent Currys PC World lives on) and cost £80 or thereabouts. It was cheaper than other Praktica models perhaps because of economies of scale for orders to a single retailer (though given the number of similarities to other models I don’t think that could have been a huge factor) and a slightly lower spec (top shutter speed was only 1/500, though in practice you’re not likely to need much more in general photography).
Compared to many Japanese cameras it was a brick. In shape and weight. It was, in many cases, regarded as more refined and a step up from the Zenit range from Russia. Those cameras were even heavier, didn’t have through the lens metering at that time and were built like a tank. But they too got people started off in the world of photography which is a good thing.

While the Zenits were not so user friendly to operate, there was no reason why they couldn’t produce the goods. It’s all down to the user. Perhaps the tank analogy is apt as the T34 from World War II demonstrates. I may be slightly biased by having used the school’s Zenit E for an A Level Physics project. It hadn’t been looked after particularly well, though I think that showed its robustness. There is the story, or is it an urban myth, that a photographer photographing a demonstration used his Zenit to get out of a tricky situation as it was the only protection to hand. The camera came out unscathed.

My Praktica was functional and did the job. A couple of years later I switched to a Pentax ME Super which was lighter and more user friendly to use, together with aperture priority automatic exposure. Did my photography improve? Not because of changing camera. It evolved as I grew. So why the Pentax? It was good value for money around £125 in 1982 and with the attraction of being able to fit existing M42 screw mount lenses via an adaptor. It may be popular these days to use old lenses via adaptors on the latest digital cameras  for those that think it’s a novel idea think again, it’s as old as those lenses you want to use! 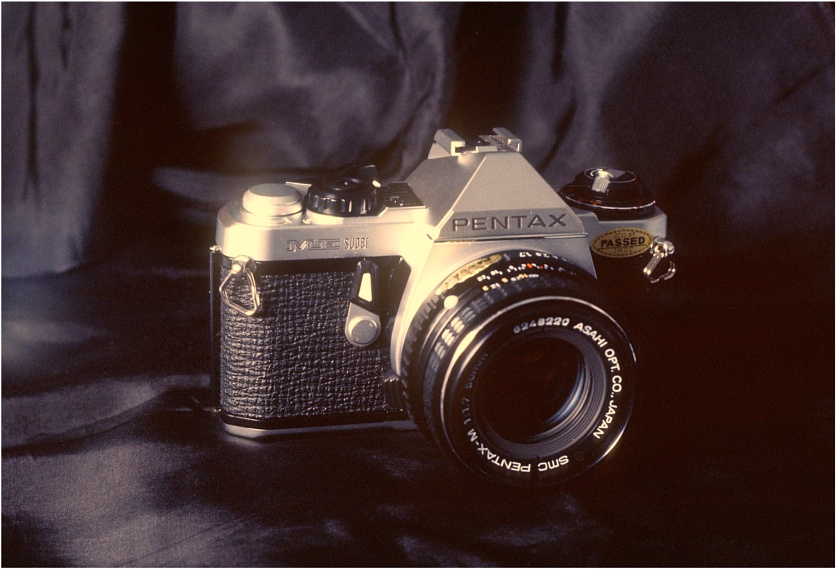 There were of course other makes that made a reputation for well built small and lightweight cameras though out of my budget at that time. Olympus was the only other of the ‘Big Five’ manufacturers to do so with their iconic OM-1 and OM-2 models. That’ not to say the other manufacturers didn’t produce smaller cameras, but a Canon AE-1 or Nikon FE were more middleweight than lightweight. Those smaller cameras were perfectly good, as shown by the fact Patrick Lichfield used them for a lot of his work.

So the 1980s trend was for miniaturisation (rather in contrast to the excesses prevalent in the rest of society like permed hair and loadsamoney). The introduction of built in automatic winding of film (quaint levers were out) and the advent of autofocus brought challenge to this compactness. There’s only so far you can go if you have to fit in batteries and a 35 mm cassette.

I found having a battery grip on my EOS 3 and EOS 1N cameras helped the handling when using larger lenses. Lenses with f/2.8 maximum apertures aren’t small. Or light.

A short lived attempt at going smaller resulted in the APS format. It was billed an attempt at making loading film simpler (you couldn’t say 35 mm was difficult) together with a few features such as index prints (which were soon offered for 35 mm anyway). It was really an attempt to boost camera sales. It never challenged the ‘serious’ market and before long was overtaken by the digital market. 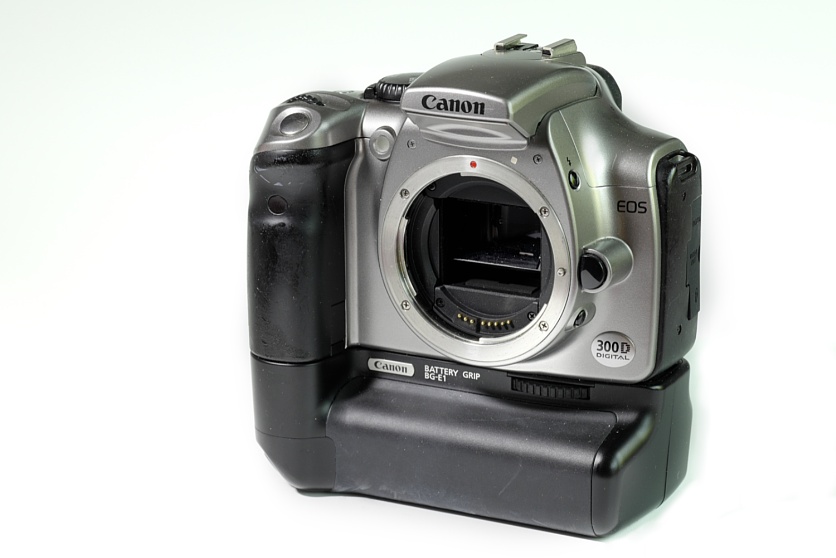 Fast forward another decade or two. That APS size resurfaced in the smaller digital sensors and indeed I bought an EOS 300D which was much smaller than my then current EOS 3 film camera even without its battery grip. Moving to the full frame EOS 5D series the cameras became larger again. The current full frame mirrorless EOS R series are smaller and lighter and have good image quality but as the sensor is quite large there is a limit to how small you can physically go. Shades of my Pentax all those years ago.

Olympus (and others) with their smaller micro four thirds format mean even smaller and lighter and something you’d expect with their heritage. The sensor is roughly half the size of a full frame one, and that brings to mind the half-frame film models produced by Olympus.

The EOS 1D series are solidity and weighty, much as the Nikon single digit professional models. Excellent though they are and built to withstand tough professional use, ‘brick’ springs to mind.

Thinking about it, those old Praktica cameras weren’t that big and heavy after all.