The shot not taken 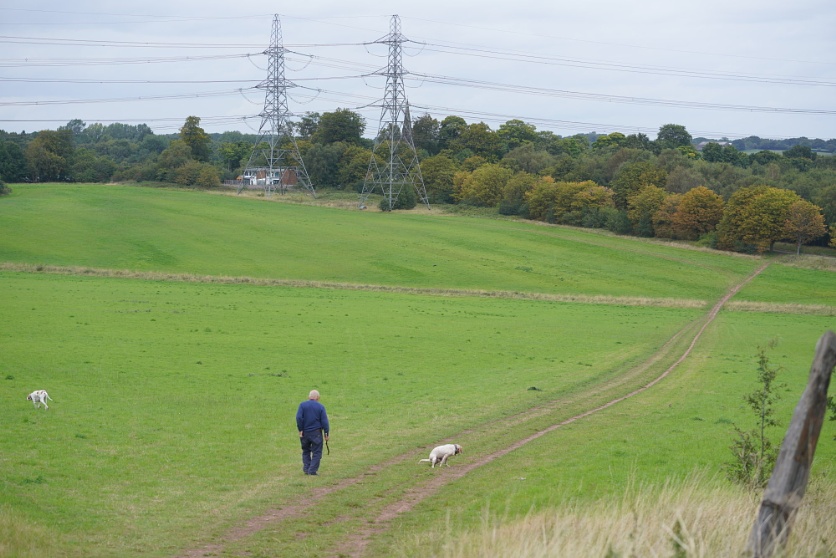 A couple of days ago, my friend Peter (handlerstudio) made a comment about the camera that you have with you (always the best camera), and the occasions when we have no cameras at all with us, and cannot take the picture.

Peter suggested a blog on the subject: here it is: I hope it wont disappoint. It seemed timely, as the day I read Peters comment, Id gone out with one roll of film in a Kodak Hawkeye, and one unused frame on the only SD card I had with me. Id used that, taking a near-duplicate of an image Id shot with the last exposure on the film in the Hawkeye, and after chatting to the gentleman with the dogs all the way back to his car, I found that my camera refused when I pointed it at his three dogs in the boot of his estate car, looking eager and expectant as he looked in his pockets for treats to feed them. By the time I could find a frame to delete, the moment was past. I muttered to myself about the foolishness of leaving my wallet of cards at home, and a camera slot empty

In my career as a local government internal auditor, one of the more frustrating tasks I was involved with was clearing people accused of wrongdoing. We were dealing with a large number of accusations of wrongdoing by various managers. Because  this was more than 20 years ago  we did not have a prearranged fraud response plan, somehow the decision was made, at a political level, that we should suspend anyone named in an allegation, pending proof that it was untrue. The task of proving (or disproving) a negative fell to internal audit and human resources.
We spent weeks reaching the point that we could convince the powers that were that in the absence of any evidence of wrongdoing, we should reinstate the suspended staff. That was around the time that we started to receive hard evidence that others had done things wrong, and we thankfully moved into investigating real things (not that this is much fun: ask any policeman just how uplifting it is to investigate the sordid and the nasty).

And just like that work, failing to be prepared for a photograph can leave a bad taste: we can focus on our failures. I want to suggest an alternative strategy, a twist of the mind that might set you free.
Just for once, live in the moment. Instead of seeing life through a camera, taste the breeze and revel in the moment. You are free of the responsibility to record and share what you see. It is a gift from God  or if you prefer, from the Universe  and it is for you alone. It is unique, it is wonderful, and it is entirely yours.

You have no responsibility to anyone else, and you are completely free. You can choose to let it be yours, or to let it become a burden of guilt, or regret, or disappointment. The circumstances are set, defined  but how you respond is not. This is freedom: this is what it feels like to be in charge.

When I was sixteen, I was travelling north on the A34 in Oxfordshire in winter. My mother was driving: no doubt the mist and low temperature were making her worried about the road. All I could see was the sunshine on the hoar frost. Ive never seen it thicker or more attractive. I spent the journey with the window wound down, taking pictures on Ektachrome.

A few days later, collecting a box of slides from the camera shop, the owner tried to console me over the way that the lab had cut almost every single frame in half, so that my decently composed (and perfectly exposed) landscapes had been turned into a surreal set of mismatched half-frames. A free film didnt seem sufficient consolation. I still have the slides somewhere: but Ive let go of the incident, at last, some time around 30 years ago, I suppose. It took long enough. And it taught me that sometimes, the best thing is to let go of the pain, instead of holding it tight and making it worse.

No camera (or no card space)? Let it go