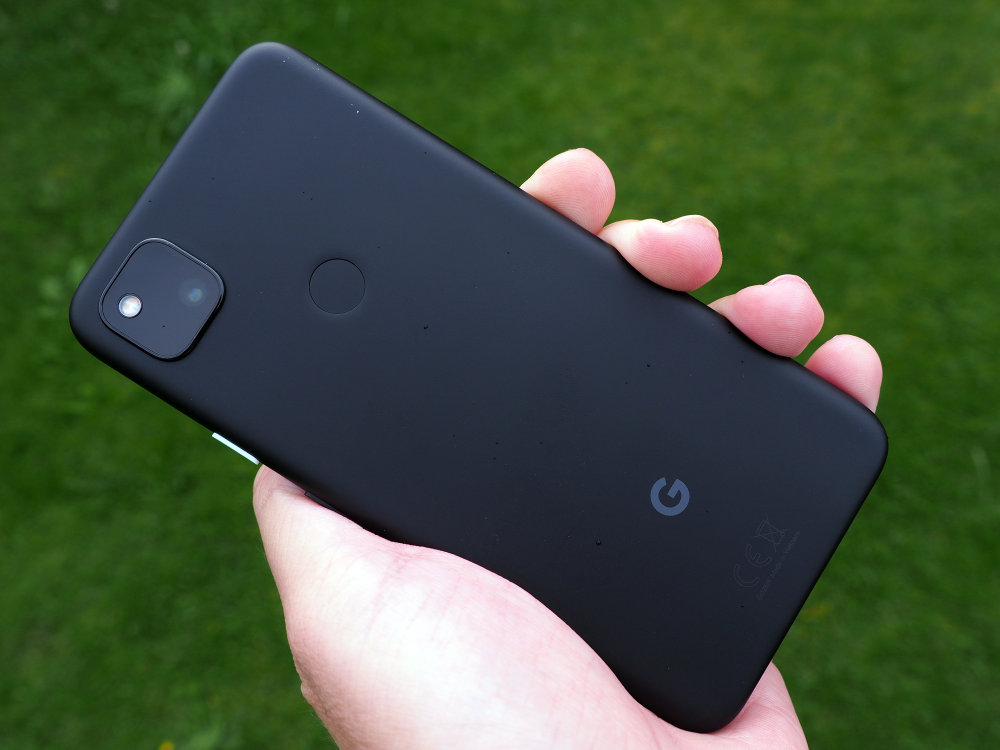 If you’re looking for a basic, compact smartphone with a modern clean design you will really like the Google Pixel 4a. It also has a camera you can simply ‘point-and-shoot’ with for sharing images to social media which will appeal to those who aren’t interested in complicated camera apps that are bursting with features. So, if you’re into affordable prices and no-frills, the Google Pixel 4a could be for you.

Last year, Google joined the mid-range smartphone market with the introduction of the Google Pixel 3a range to bring the popular features found on the more expensive Pixel line-up at a price that’s more accessible. This year, the Google Pixel 4a has updated the budget-friendly line-up with some of the features you find on the Pixel 4, including Night Sight for low light photography, and a redesigned hole-punch front-facing camera.

The Google Pixel 4a is priced at £349 and we’ve also been told that a 5G version will be available in the Autumn alongside the anticipated Google Pixel 5 (for those who have a bit more money to spend). 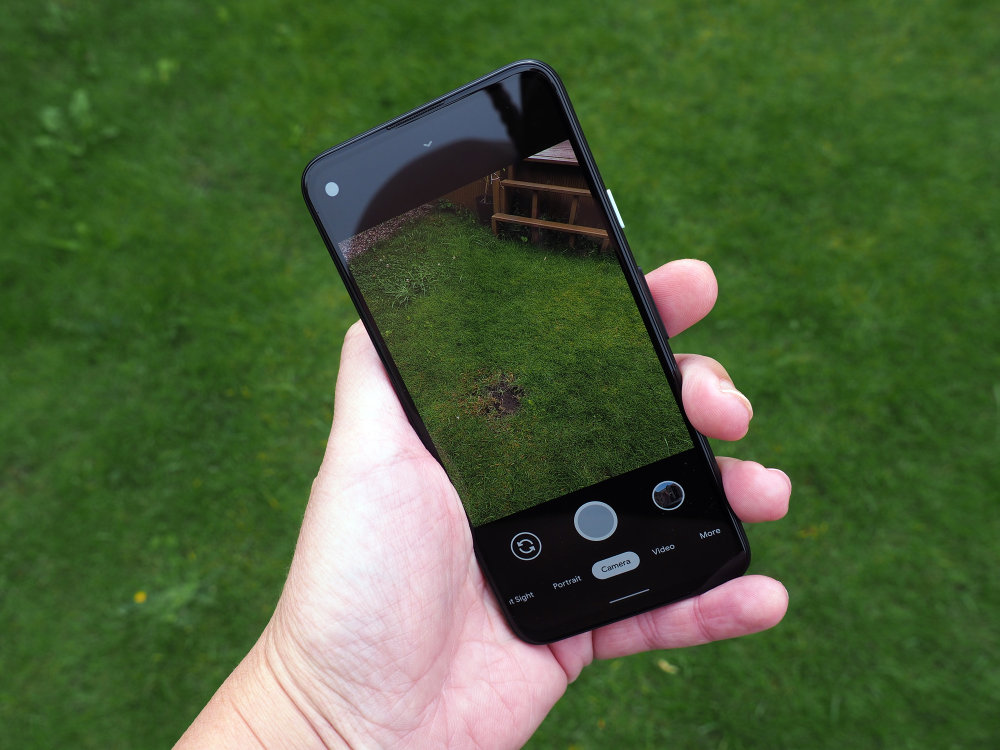 The Pixel 4a comes in ‘Just Black’ with a matte finish and it features the Pixel’s signature colour pop power button which happens to be in mint this time. There’s a 5.8-inch OLED display with a hole-punch selfie camera, headphone jack on top and a USB-C port at the bottom. On the back is just the one camera with a single lens, fingerprint sensor and Google branding.

Inside the device, you get 6GB of RAM and 128GB of storage, a Qualcomm Snapdragon 730G Mobile Platform and a 3140mAh battery which supports fast charging via the supplied adaptor but there’s no wireless charging support.

Video is captured at 4K/1080/720p at various frame rates and modes available in the camera app are the same as what you find in the more expensive Pixel range such as Live HDR+, Night Sight, Portrait Mode, Portrait Blur and Super Res Zoom. The Google Pixel 4a is a compact smartphone that stand out from the phablet style smartphones the likes of Samsung, Huawei and Apple are releasing each year. In fact, it’s smaller than the Pixel 3a but has a bigger screen that measures 5.81-inch. When we say ‘bigger’ it’s not as big as the display built into many other premium smartphones and after using devices with such big screens for so long now, it’s really noticeable. Having said that, the Gorilla Glass 3 screen is lovely and bright, colours are accurate and it’s sharp so no complaints there. It also features a hole-punch selfie camera so the smartphone doesn’t have bezels meaning the screen reaches from edge-to-edge. There is, however, edging around the screen that’s on the thicker side but the rounded corners and smooth rounded phone edges are nice.

A compact screen means you get a compact body that measures 144 x 69.4 x 8.2mm so you can easily operate it with one hand and it’s light, too, weighing just 143g which means it weighs less than the iPhone SE and the previous 3a Pixel model. The matt finish on the back also means it’s quite grippy and doesn’t feel like it’ll slide off a surface at any moment. Some say it makes the Pixel range look cheap but I think that’s down to personal preference as I actually quite like it. What does make the Pixel 4a feel less expensive is the weight, I know I’ve just said this is a positive, but when you hold a premium smartphone in your hand, it feels weighty in a reassuring way that tells you it’s built well. Now, I’m not saying the Pixel 4a isn’t built well, it just doesn’t have that expensive feel other devices do. It’s also worth noting that for a similar price point, you can get a smartphone with a metal frame and glass front/back. Other smartphones in this price range, such as the OnePlus Nord, also offer newer generations of Gorilla Glass for improved screen protection. 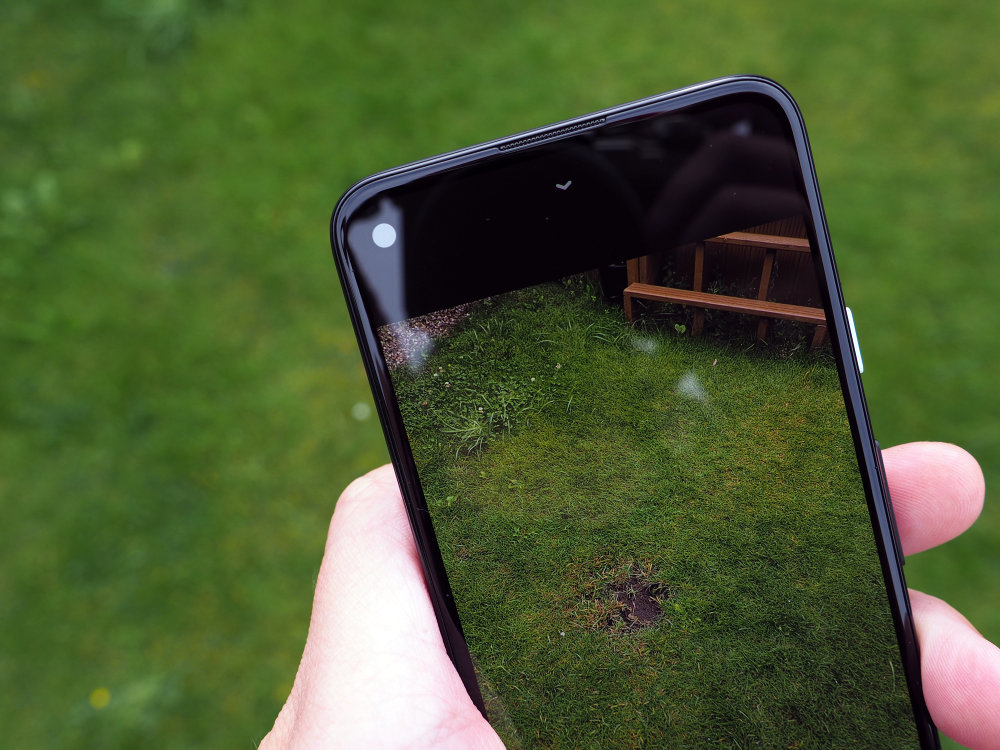 On the side is the signature accent colour power/lock button and the volume rocker while on top is a headphone jack and on the bottom is the USB-C port which you can plug the provided cable/adapter into for fast charging. Next to the USB-C port is a microphone and speaker. You also get another speaker just above the display so you can play videos back in stereo sound.

Turn the Pixel 4a over and you find a fingerprint scanner, a feature that was dropped on the more expensive Pixel 4 range, which sits nicely under your finger and unlocks quickly. You also find the square camera block top-left which is home to just the one rear camera. The block sits nicely on the rear and doesn’t protrude too much so when you sit the Pixel 4a down, it doesn’t rock when tapping the screen (unlike the OnePlus Nord which is available at a similar price point).

A stand out feature of the Google Pixel ‘a’ range has always been the solo rear lens which is a rather unique feature in the mid-range market where adding more cameras seems to be a way manufacturers think their smartphones will grab a buyer’s attention.

The rear camera is a 12.2MP f/1.7 camera with an 84-degree FOV that features autofocus with dual pixel phase detection as well as optical & electronic image stabilisation. Many of the built-in camera features are shared with the Pixel 4 and you can capture video in 4K, 1080p and 720p.

The camera app is very similar to other camera apps available with a shutter button, camera reverse button, a quick way to access photos and various shooting modes along the bottom which includes Night Sight, Portrait, Camera, Video, Panorama, PhotoSphere, Slow-Motion and Time-Lapse. Zoom is accessed by ‘pinching and zooming’ the screen which takes you from 1X to 7X zoom. It’s not a digital or hybrid zoom but up to 2x cam produce some good results – as you’ll see in the performance section. The depth effect on portraits is created by AI, too, as there’s no depth sensor built-in which means bokeh effects can also be applied to images you’ve captured without portrait mode when you open up the photos app. 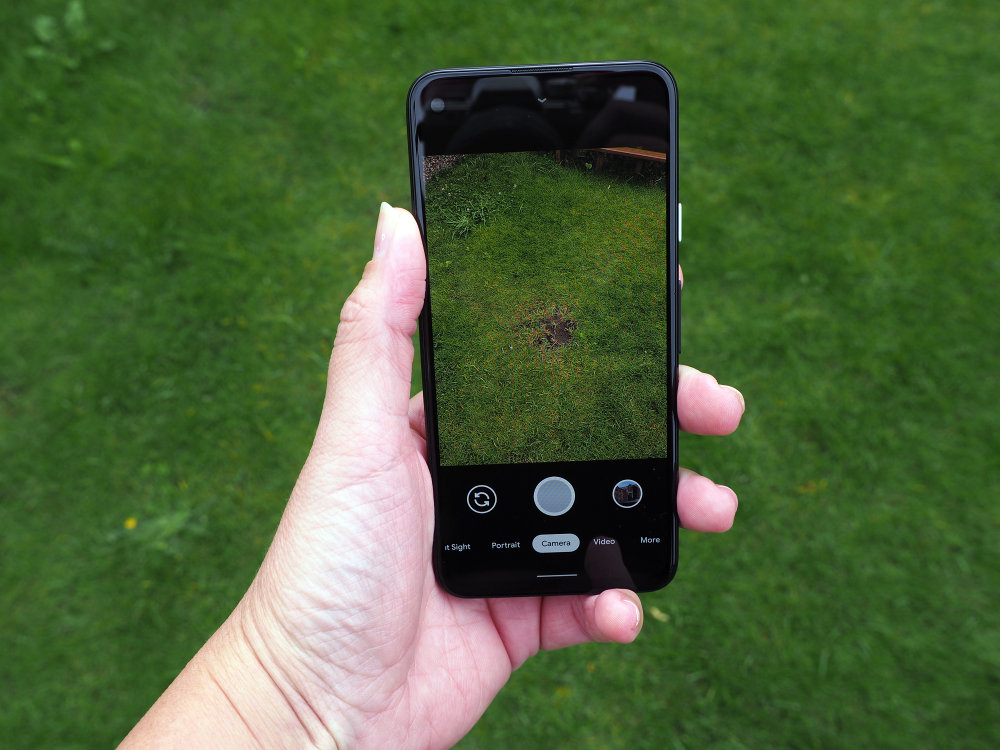 Some will be put off by the fact that there’s just one camera on the back but if you’re looking for a simple point-and-shoot option you should give the Pixel 4a a look as Google’s pretty good at creating some clever technology that’s great at capturing and processing images.

Another useful feature is Live HDR+ as you can access dual brightness/contrast controls by tapping the screen to adjust select parts of the frame and as it’s a live preview, you’ll see how the shot will look before hitting the shutter button. Night Sight is also a great feature and you’ll get a prompt to use it when light levels drop. Google’s Night Sight is one of the best low light modes currently available and the Google Pixel 4a does surprisingly well, too, considering its not on-par with the Pixel 4 in terms of spec.

On the front is an 8MP f/2.0 camera with an 84-degree FOV that can capture 1080p video. Focus is fixed but you do get access to Portrait Mode and Night Sight can be used, too.

Battery life – The Google Pixel 4a has a battery rating if 3140mAh which will get you through a day if you don’t take photos all day long but you might find yourself topping the battery up after heavy use. Fast charging is available, though, which means you won’t be waiting quite as long but there’s no wireless charging.