The Sony Xperia 1 II is the brand’s upgrade of its flagship smartphone, with an emphasis on being “built for speed.” It comes with a Qualcomm Snapdragon 865 Mobile Platform and 8GB of RAM. Sony emphasizes the quality of its 21:9 CinemaWide 6.5″ 4K HDR OLED display, promising to deliver a high-quality viewing experience, enhanced by two front stereo speakers and Dolby Atmos sound (tuned in collaboration with Sony Pictures Entertainment, no less). It also comes with a 3.5 mm jack for headphones.

We put the Sony Xperia 1 II through our rigorous DXOMARK Audio test suite to measure its performance both at recording sound using its built-in microphones, and at playing audio back through its built-in speakers. In this review, we will break down how it fared in a variety of tests and several common use cases.

About DXOMARK Audio tests: For scoring and analysis in our smartphone audio reviews, DXOMARK engineers perform a variety of objective tests and undertake more than 20 hours of perceptual evaluation under controlled lab conditions. This article highlights the most important results of our testing. Note that we evaluate both Playback and Recording using only the device’s built-in hardware and default apps. (For more details about our Playback protocol, click here; for more details about our Recording protocol, click here.)

The Sony Xperia 1 II demonstrates substantial audio performance improvements when compared with its predecessor, and its overall score of 57 moves it toward the middle of the pack among the phones we’ve tested to date. In playback testing, its score of 53 remains somewhat disappointing for a flagship phone with a hefty price tag. That said, it took steps forward in most categories and scored especially strongly in the artifacts category. 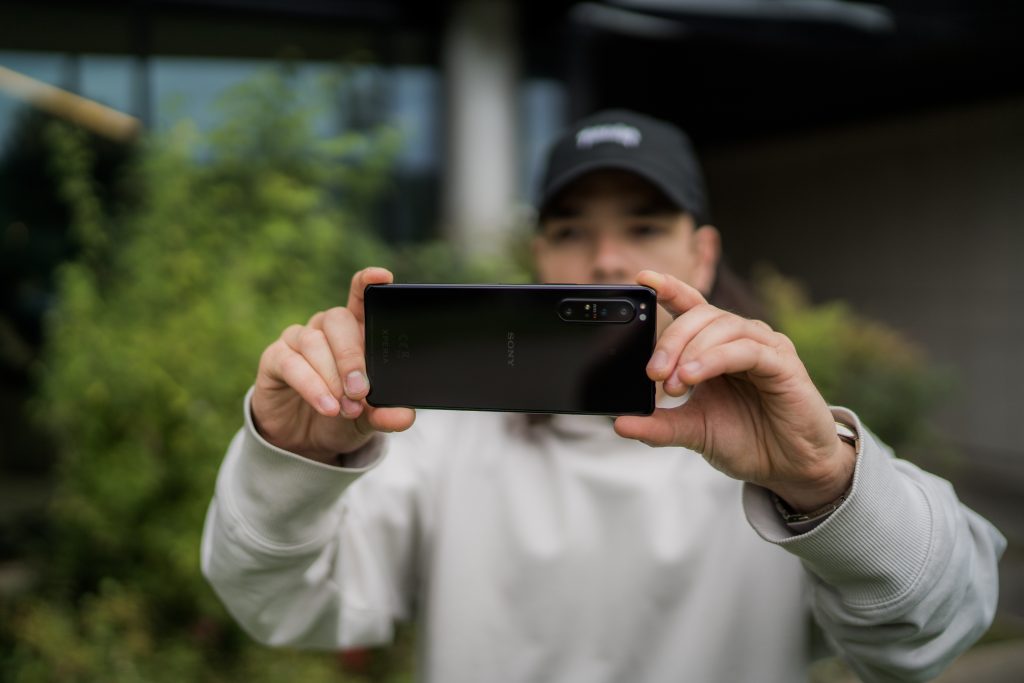 The phone was much stronger as a recording device, with the overall score of 69 lifting it into better company. It produces good spatial performance in life video, and also performed well recording at high SPL (sound pressure level — as in an urban environment or at a concert). It did a nice job of capturing timbre performance, thanks to a great bass presence and precise attack. Drawbacks include impaired tonal balance, muffled low-midrange, and a lack of treble. Pumping and clipping on loud content can be distracting.

The DXOMARK Audio overall score of 57 for the Sony Xperia 1 II is derived from the Playback and Recording scores and their respective sub-scores. In this section, we’ll take a closer look at these audio quality sub-scores and explain what they mean for the user. 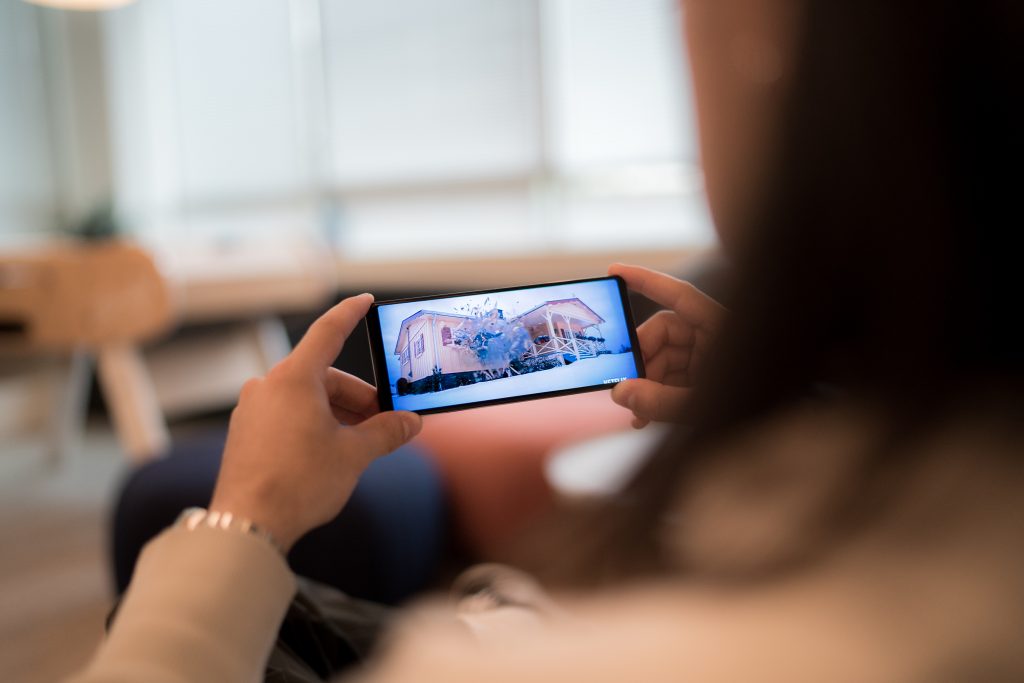 The Sony Xperia 1 II earned average marks for its timbre performance, although its score gained 14 points over its predecessor. Voices reproduce well because of a fairly strong midrange, improving the intelligibility of speech. When listening to music, however, timbre suffers in both low- and high-end extensions. Because of the lack of upper-spectrum content, vocals are sometimes muffled when listening to bass-oriented music like electronic or hip-hop.

Timbre performance is consistent across the spectrum of loudness. When switched on, the Dolby Atmos really improves the timbre performance at both low- and high-end extensions. Treble is much clearer; low-end punch and bass precision are also improved, helping make the overall experience more satisfying.

Our dynamics tests measure how well a device reproduces the energy level of a sound source. The Sony Xperia 1 II earned an average score here, with its attack weakened by an excess of low-midrange frequencies, especially at soft volume, which can muffle the content of short transients. 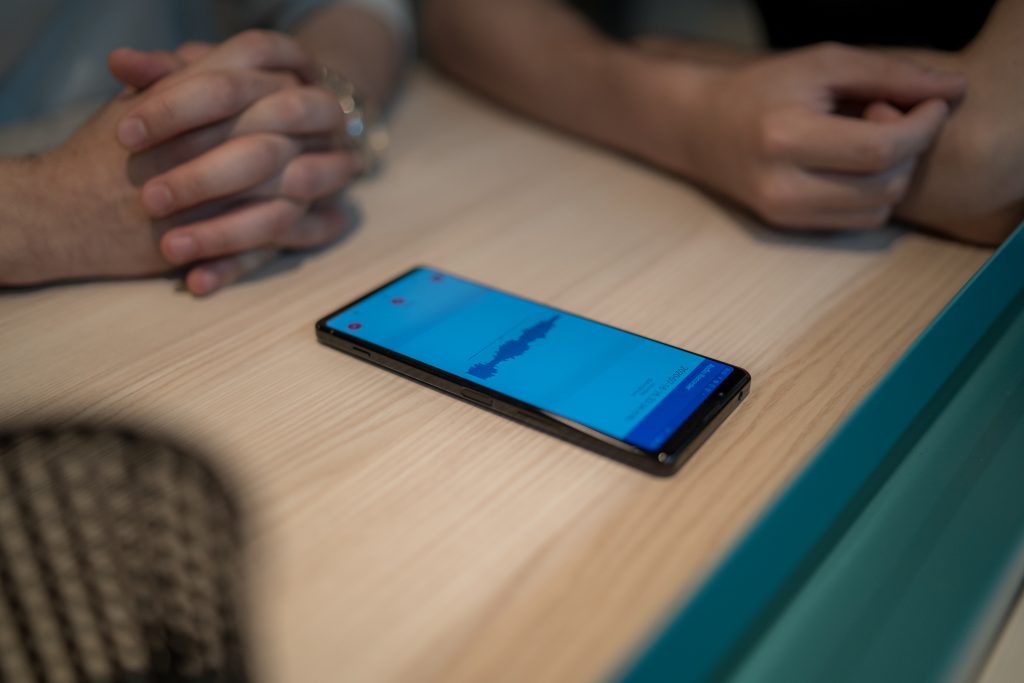 The Sony Xperia 1 II improved its score for dynamics, but still struggled with punch and bass precision.

The lack of low-end extension impairs the impact in the bass region, resulting in a low score for bass precision, again a problem evident at low volume. The lack of bass impairs punch as well: low-end energy is almost nonexistent.

The overall sound stage of the Sony Xperia 1 II is shifted to the right when the phone is held in landscape mode, resulting in a variety of issues that contributed to its below-average score in this category. Wideness is narrower on the left channel than on the right one, and this shift also impairs balance performance because voices are off-center.

A lack of high-end extensions hurt the localizability performance of elements in music such as snare drums (which sound diffuse). The lack of upper content also lowered distance performance — voices tend to be perceived farther away than the screen position. Moreover, the sound doesn’t rotate in inverted landscape mode — an issue for someone watching a film or video, because the voices will not be perceived as coming from the correct place.

The soundstage of the Xperia 1 II is off-center, affecting the viewing and listening experience.

Our volume tests measure both the overall loudness a device is able to produce and how smoothly volume increases and decreases based on user input. Minimum volume is badly tuned on the Xperia 1 II — users cannot hear soft content like the pianissimo parts of classical music. Maximum volume performance is average, which translates as about three decibels lower than the comparison devices here, which is a considerable step down.

Our artifacts tests measure how much source audio is distorted when played back through a device’s speaker. Distortion can occur both because of sound processing in the device and because of the quality of the speakers.

The Sony Xperia 1 II earned an excellent score for its artifacts performance, showing zero temporal artifacts and a low level for noise. The score could have been even higher if not for some user artifacts (such as noises from fingers). And at maximum volume, our testers heard some temporal or spectral artifacts such as bass distortion. They also noted that when the user switches songs or apps, the volume becomes randomly lower, which means the user then needs to press play/pause to recover regular volume. When using play/pause or when navigating through a track, the balance shifts to the right in landscape mode, which affects spatial attributes; however this problem disappears after two seconds of playing.

The Sony Xperia 1 II scores better as a recording device, with a solid timbre performance. The microphones capture good tonal balance in high-SPL scenarios such as concerts, with great bass presence. Overall, though, tonal balance is impaired by a muffled low-midrange and a lack of treble.

Despite present background noise, the Sony Xperia 1 II maintains a good signal-to-noise (SNR) performance (SNR is the ratio between the level of the recorded sound compared to the background noise). The device also does well at preserving the sound envelope and scores well in high-SPL scenarios, thanks to a precise attack on short transients.

The Xperia 1 II scored well in localizability in life video…

…but got low marks for wideness in selfie video.

The device scores well when it comes to capturing the spatialization of sounds in life video, with excellent wideness and good localizability, but it struggles in selfie video because of poor wideness. Muffled low-midrange and a lack of treble were detriments to the overall distance performance. Improved directivity would be a plus in this area.

The Sony Xperia 1’s volume performance II is average. The selfie video app produces good recording loudness, but it’s a bit too low in the life video and memo apps. The maximum level performance falls below average, which would limit performance when recording live concerts at high decibels.

This is one of the bright spots for the Xperia 1 II in our testing, with huge improvements over its predecessor. It handles the high-SPL scenario well, with only some slight hissing on voices and pumping on instruments. Its occlusions performance was average; noise reduction on fingers resulted in some pumping on voices, which are also shifted to the sides. Loud content such as shouting voices induces some pumping and clipping on every app used.

In the audio excerpt below, the recording is free from both temporal and spectral artifacts.

The device’s microphones do a fairly good job of capturing background, thanks to solid timbre performance, but even though the tonal balance of the background is natural, some directivity would be an improvement. The Xperia 1 II produces hardly any artifacts, improving the overall experience.

The Sony Xperia 1 II took some big steps forward over its predecessor, the Sony Xperia 1, but its overall average score is a bit of a disappointment for a flagship phone. Bright spots include great performance for artifacts in both playback and recording. It’s worth noting again that when switched on, the Dolby Atmos boosts the timbre performance across frequencies and improves dynamics, with better performance on short transients, punch, and bass precision. As a recording device, the Xperia 1 II earned better marks, especially in life video, with good timbre performance in high-SPL scenarios.