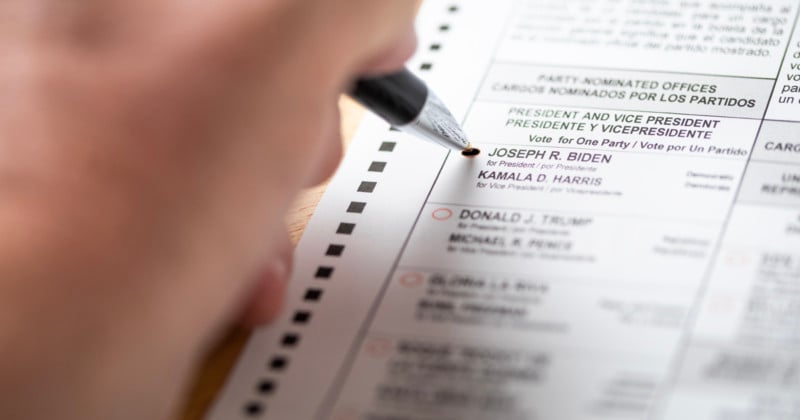 As reported by ABC News, U.S. District Judge J.P Boulee granted a preliminary injunction on that particular section of the new law, though he did not block a number of other provisions that mostly deal with monitoring or photographing parts of the election process. The injunction means that for now, that part of the law cannot be enforced.

The new law, which is known as SB 202, features a series of changes to Georgia’s election process, including the addition of voter ID requirements for mail-in ballots, shortening the time period when a mail-in ballot can be requested, reducing the number of ballot drop boxes in the Atalanta metro area, and giving the state board new powers to intervene in county elections offices including the ability to remove and replace local election officials.

While there are currently eight federal lawsuits that challenge parts of the election reform bill, the Coalition for Good Governance, which is an election integrity organization, filed one that targeted the particular section of the law that banned photos of completed ballots. Judge Boulee agreed that the Coalition had shown “a substantial likelihood of success on the merits of their claim” that the stated broad ban of photographing a ballot in both public and private places violated an individual’s First Amendment rights.

Boulee declined to block another provision that would prevent photographing or recording a person’s face while they are using a voting machine or while a voter’s selections are displayed.

The focus of these lawsuits is to challenge parts of the new laws that make it more difficult for voters to link their choices with those being logged by ballots, physical or digital. Photographing a completed ballot would in theory allow a voter to later prove a ballot was filled out a certain way if that appears to change later in the process. The same can be said about linking the photo of a voter with a completed ballot.

Those who wish to ban photos of completed ballots, or “ballot selfies” as they are sometimes referred, say the ability to photograph ballots and polling sites is a danger to secrecy and a disruption of the voting process.

New Hampshire attempted to ban photos of completed ballots in 2014, but the law was challenged and overturned in Federal court as a violation of the First Amendment. Judge Boulee may have made his decision to issue an injunction in this case by referencing that prior judgment.

“The Court’s striking of the Photography Ban was an important first step in demonstrating that SB202 is an overreach by lawmakers who prefer ballots to be counted behind closed doors, blocking the important oversight of the press and public,” Marilyn Marks, executive director of the Coalition for Good Governance says in a statement to ABC News.

Georgia’s Secretary of State Brad Raffensperger told ABC News that he’s confident that the new laws will stand up to all challenges.

“This decision is a clear victory for Georgia voters and common-sense election integrity reforms,” he says.

Having a creative block is one of the most frustrating experiences that can happen to anyone who has to (or wants to) create. There are ways of getting past it — lots of ways, in fact — and here is how one YouTuber does it.

You might wonder why a YouTuber is relevant to this discussion, but it is they who can often struggle the most with creative blocks. When you’re an amateur or an enthusiast, creating when you fancy, creative blocks don’t really affect you. However, when your livelihood depends on being able to consistently create even when you don’t feel like it — especially when you don’t feel like it — then they become a serious problem. I’ll offer one of my favorite quotes on creativity here, by painter Chuck Close:

Inspiration is for amateurs. The rest of us just show up and get to work. If you wait around for the clouds to part and a bolt of lightening to strike you in the brain, you are not going to make an awful lot of work. All the best ideas come out of the process; they come out of the work itself.

So, how do you get past a creative block? Cody Wanner discusses some of his methods in this video. For me, I choose to go for a run or a walk and listen to a podcast. I find that learning about a subject often sparks ideas in my own work, regardless of how disparate the two topics might be. I try to widen my bubble of information as much as possible and that often greases the gears.

What do you do when you’re met with a creative block? 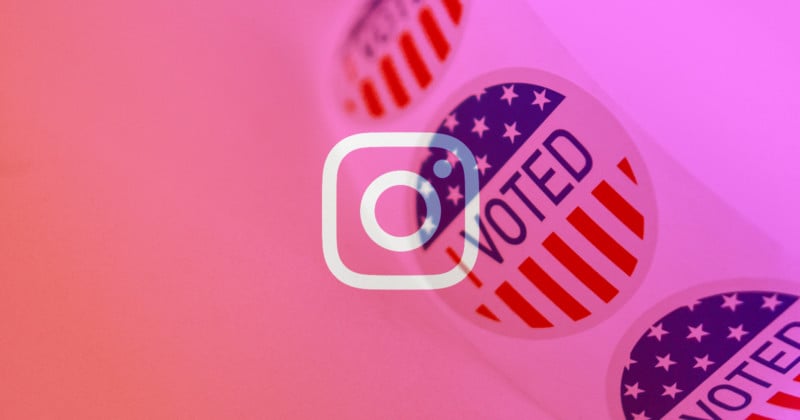 In an attempt to prevent the “real-time spread of potentially harmful content” through its platform, photo sharing app Instagram has temporarily removed the “Recent” tab from hashtag pages ahead of the US Presidential election.

The change was announced through the Instagram Comms Twitter account (the irony…), where the company said that it will be making some changes that “make it harder for people to come across possible misinformation on Instagram […] as we near the U.S. elections.” First up: removing the “Recent” tab from hashtag pages.

Starting today, for people in the U.S. we will temporarily remove the “Recent” tab from hashtag pages. We’re doing this to reduce the real-time spread of potentially harmful content that could pop up around the election.

This is cited as a “temporary” change that went into effect yesterday, although Instagram does not specify when the Recent tab will be turned back on. Ostensibly this will happen after the election on November 3rd, but given the contentious political climate in the US and widespread fear that election results could be challenged in court, it’s possible the feature won’t be back for some time.

I’m worried that with our nation so divided and election results potentially taking days or weeks to be finalized, there is a risk of civil unrest across the country. Given this, companies like ours need to go well beyond what we’ve done before.

Translation: this is probably one of many changes coming to the world’s most popular photo sharing app as we near election day.