Shooting from a plane is a privilege few of us are lucky enough to experience, and it can yield some incredible images that simply would not be possible otherwise. This neat video goes behind the scenes to show you how a photographer shoots landscape images from a plane and also shows some of the stunning photos he is able to capture.

Coming to you from Andrew Marr, this great video shows his process of shooting from a plane as well as some of the images he is able to capture. No doubt, the emergence of the consumer drone has brought aerial photography to the masses and has been a huge boon for a lot of photographers and filmmakers who would not be able to shoot from such a perspective otherwise. That being said, there are still some advantages to going up in a plane. First, all but the most expensive drones are normally equipped with much smaller sensors and more limited lenses, which means you can often get a huge image quality advantage by using a plane and a traditional camera. On top of that, a qualified pilot can often take you places you might not have access to with a drone — around a busy city, for example. Check out the video above for the full rundown from Marr. 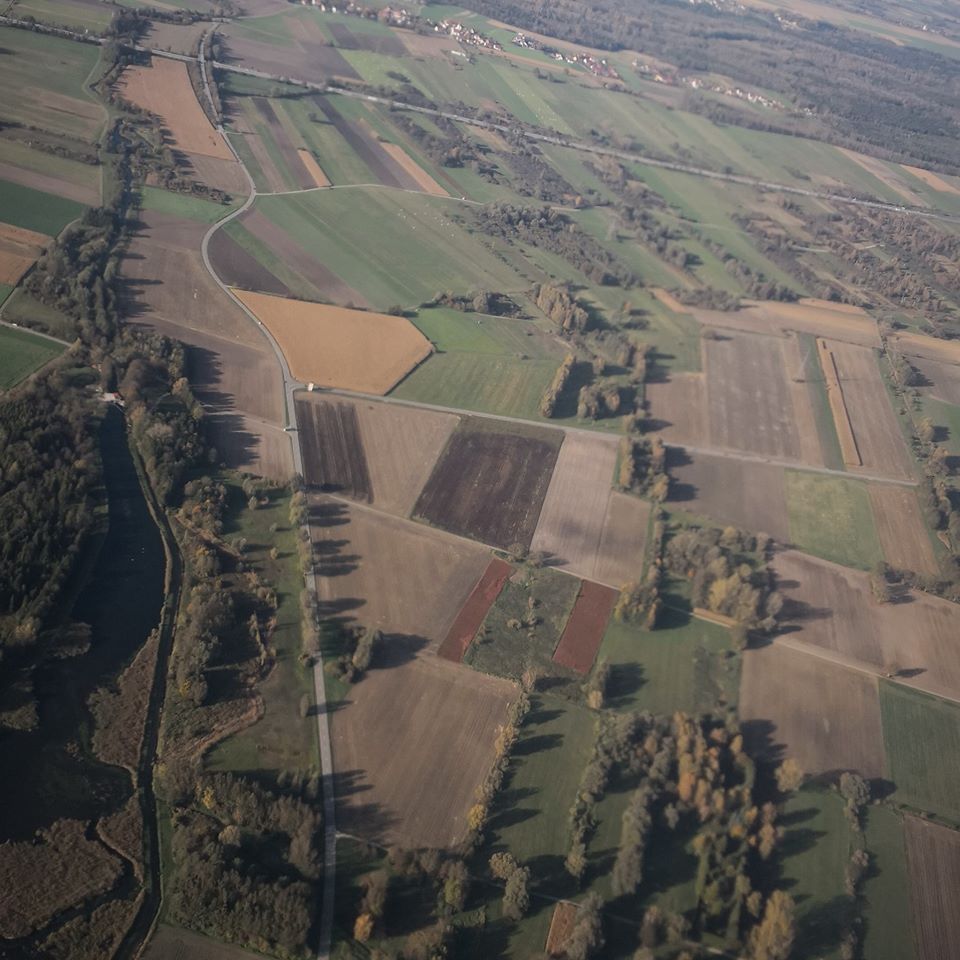 If you’re jetting off to warmer shores this summer and want to capture a few shots out of your plane’s window, here are a few tips to help you ensure your images are good enough for the start of your holiday photo collection.

1. Don’t Get Carried Away With Kit

Do be considerate of those sitting next to you which means you can’t empty all of your kit into your lap from your bag. Turn beeps and other noises off as these will just annoy those around you and don’t take photos during takeoff, landing or when electronic equipment isn’t allowed to be used. Most smartphones have decent cameras on them now and these are slightly more discreet than a DSLR but do remember to activate airplane mode before takeoff if you do plan on using your phone’s camera.

The majority of airlines now let you pick your seat so if you really do want to take top shots from your seat, think about your selection carefully as not all seats will give you a clear view. Of course, you’ll need to make sure you have a window seat as a stranger won’t appreciate you leaning over them. Towards the front or back of the plane will give you the best view but do remember you do get the odd seat that only has half a window as it’s in between two seats. Try to avoid sitting directly over the wing too as all you’ll be able to take photos of is the wing. Once on board, if you can’t position yourself so the window frame isn’t in shot, take your photo anyway and just crop it out once you’re in front of your computer.

3. Be Aware Of Camera Shake & Reflections

When at zoos, museums or other locations where glass can mean reflections spoil your shots you’d normally put your lens against the glass to prevent this but on a plane, this will just result in shake, caused by the plane’s engines, to spoil your shots. Instead, use a lens hood and get as close to the glass as possible without touching it or cup your hand around the lens to shield it. You’ll also want to avoid using flash and turn off your overhead light if it’s on to minimise the amount of reflection you see on the pane. 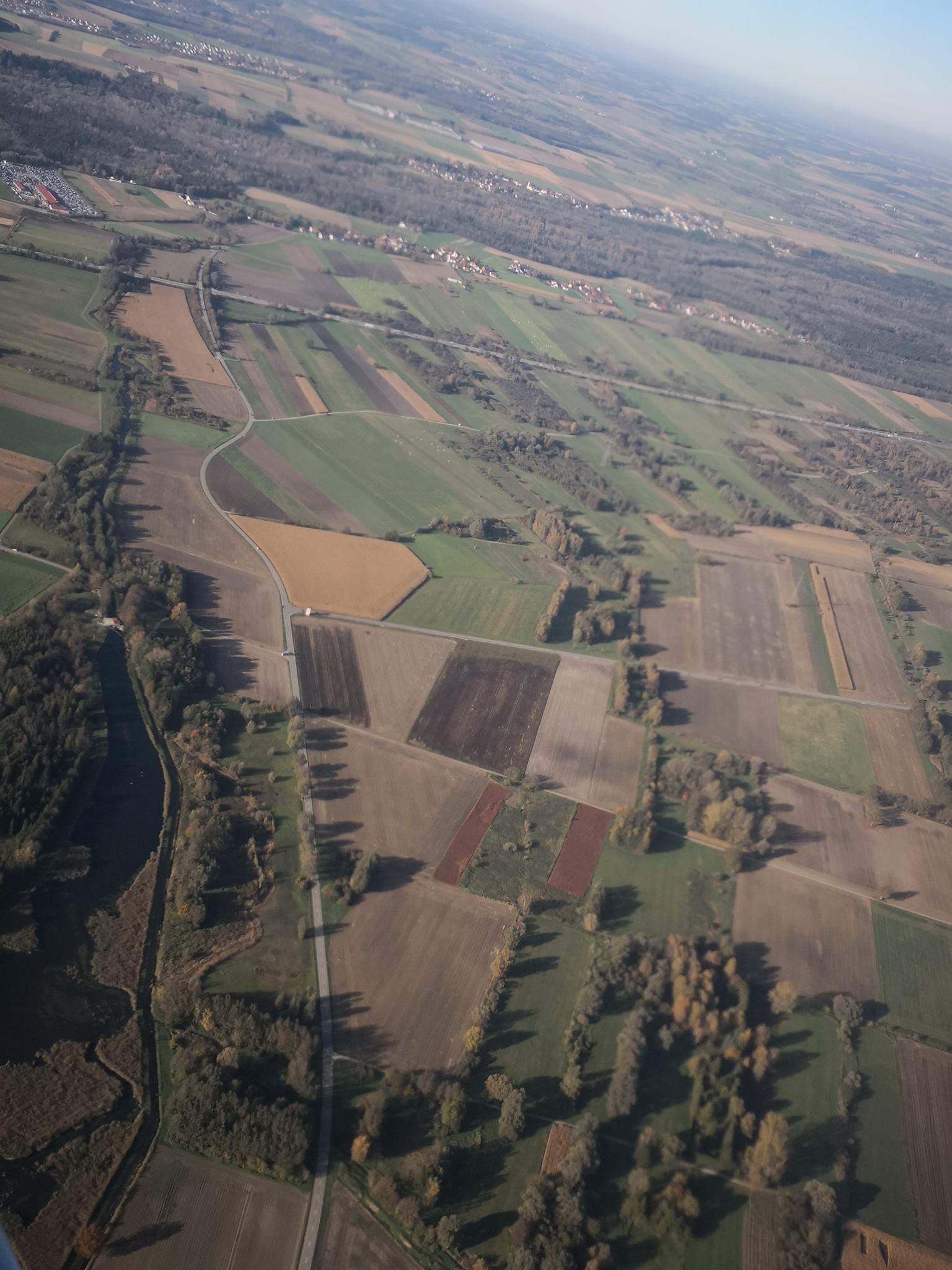 Some windows will be badly scratched which can make focusing tricky. Switching to manual focus can help but sometimes they’ll be so badly scratched that anything you take will be slightly fuzzy but you won’t know this until you sit in your seat. If you’re using a compact, to stop it focusing on the window, set it to infinity focus or switch on the Landscape mode.

5. Wait For The Right Angle

Due to the small window and the angle, you’ll be sat at it can be tricky to take photos of the ground but if you have your camera ready for when the plane banks you’ll be given the perfect opportunity to capture ground shots. 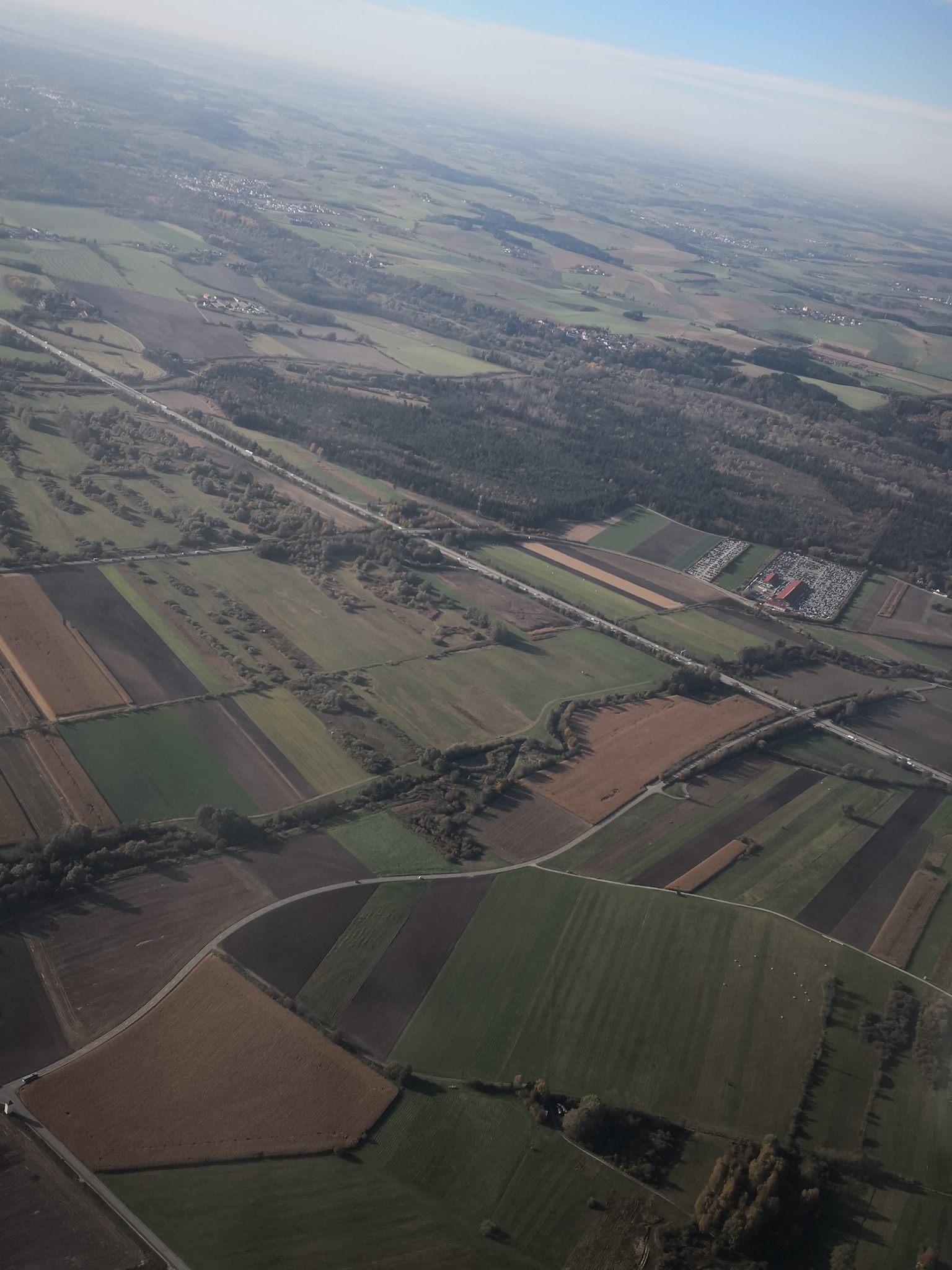 Try not to get carried away taking the same shots over and over again, instead look for interesting cloud formations, patterns created by fields, roads etc., sunsets and other planes. The wing, especially if you have a brilliant blue sky behind it, can make an interesting shot, too.

7. Take Your Shots Early In The Flight

If possible, shoot earlier rather than later as condensation and ice tend to build up on plane windows the longer it is in the air. If there’s something you want to capture that’s closer to your destination consider shooting it on the return journey rather than shooting through a window with condensation.

Category: Uncategorized
Tags: A, How, Out, Photo, Plane, take, to, Window 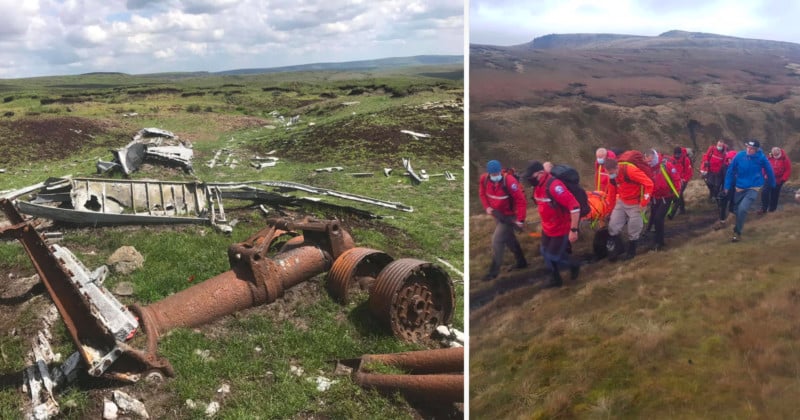 The crash site is known as the Peak District Air Accident and involved a Boeing RB-29A 44-61999 of the 16th Photographic Reconnaissance Squadron of the United States Air Force, which crash-landed due to fog at Higher Shelf Stones on November 3, 1948. All thirty-three members of the crew died in the crash.

According to The Guardian, the location has become a popular Instagram photo site during COVID-19 lockdown, where hikers reportedly flocked to the location to take photos of the debris.

However, as winter approaches, the landscape has become increasingly dangerous and the nearby Glossop mountain rescue team has begun urging visitors to be prepared for poor weather and difficult terrain.

The first callout of the day came in at 15.15, reports of a female with a lower leg…

While the volunteer rescue team has been called out multiple times to assist injured hikers, they also have wasted hours looking for visitors who had long since reached safety before the team arrived.

Glossop Mountain Rescue Team issue plea after second search for walkers who were already at home.

The Guardian reports that in one such case, the team searched for hours in the area for a hiker they had been alerted to as injured, and when they could not find the missing party became increasingly worried. However, later that night they were made aware of the hiker’s safety at home, some distance away.

“This has happened twice in recent weeks,” said Patch Haley, the rescue team lead, to The Guardian. “We’re always glad to hear that people are safe, but I can’t stress enough how important it is to keep us informed. If people do make their own way down after they call emergency services for assistance, it’s vital they let us know via 101. My fear is that with higher volumes of walkers visiting the area during lockdown, more of these false alarms will leave our rescue team overstretched, and at risk of struggling to reach those who are genuinely in need of urgent assistance.”

San Francisco was blanketed by an apocalyptic orange sky last week due to the smoke from wildfires across California. This 24-second time-lapse shows what it was like to take off from the city and climb into the thick smoke layer.

The images were captured by Alaska Airlines flight #3458 as it took off on the morning of Wednesday, September 9th, on its journey down to Palm Springs.