At a size of 1.85 inches in depth and weight of only 0.71 pounds, the new $1,099 Hasselblad XCD 4/45P lens enters their XCD lens family of medium-format lenses as the lightest, most compact model available.

The leaf shutter (found in the lens rather than the camera body) will sync from 68 minutes to 1/2000s.

Claiming less audible noise than that of many focal shutters, the leaf shutter as well as autofocus motor have been designed in the XCD 45P for performance that is as quiet as possible.

Despite the diminutive exterior, there are two aspherical elements with nine elements in seven groupings. It has minimum focusing at 13.8 inches from the front of the lens.

With a 1:5.2 magnification ratio, Hasselblad says that the lens is suitable for food and still life photography. Close to the 35mm focal length standard in equivalence, naturalists and city shooters will look to it for a nearly-wide point-of-view often seen in street reportage and landscape work.

Keep your eyes to the February issue of PDN for our full review of the Hasselblad X System X1D II 50C camera. The Hasselblad XCD 4/45P lens will ship by the end of this month. 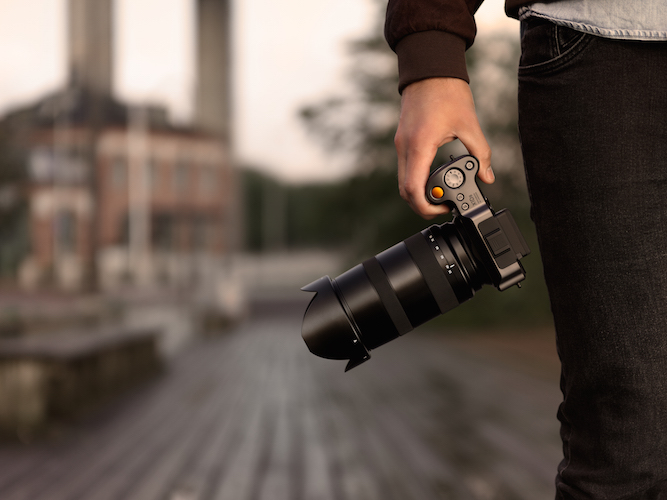 June 19, 2019
The battle for a more compact medium-format mirrorless camera is heating up. Hasselblad is following up its path-breaking X1D-50c with a second generation model priced significantly cheaper than its predecessor. The X1D II 50C uses the same 50-megapixel image sensor (43.8 x 32.9mm) and autofocusing system as the original but boasts new electronics to make the camera more responsive. Hasselblad…
More » 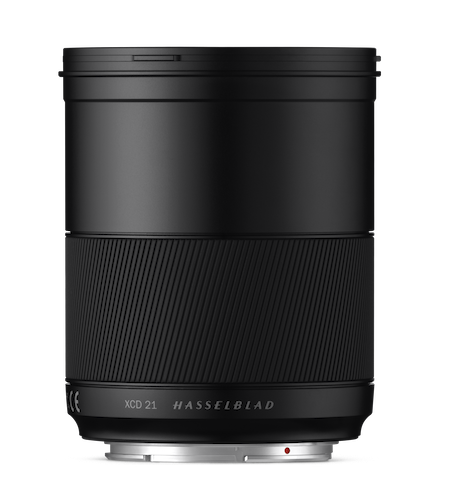 November 3, 2017
Hasselblad has added a pair of new lenses to its mirrorless XCD roadmap. The company plans to launch an XCD 135mm and 80mm lens in 2018 for a total of nine native lenses for the X1D camera by the end of next year. The XCD 135mm f/2.8 lens will ship with a dedicated 1,7x converter that extends the lens to…
More »