Photographer Arthur R recently got his hands on a strange lens that you probably haven’t heard of. Made by Japanese company Yasuhara, the Nanoha Super Macro is a full-manual, 4x-5x macro lens with built-in USB-powered LEDs that basically turns your camera into a microscope.

This lens is an odd-ball for sure. It’s fully manual (no electronic contacts to speak of) and features an aperture of f/11 to f/32 that gives you just four hard stops worth of control. Optically, it’s built using 10 lens elements in 7 groups, which delivers a macro reproduction ratio of between 4:1 and 5:1, and can only focus on subjects that are between 11mm and 19mm away.

In practice, that means that you basically have to set your lens on TOP of your subject before you shoot. 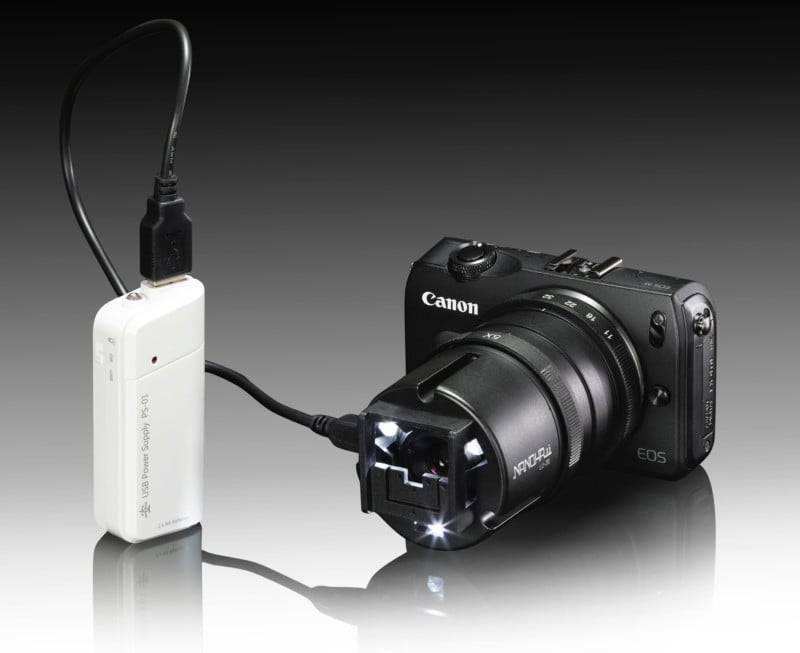 Given the ridiculous focus limitations, the last and most obviously strange feature of this lens now makes a bit more sense: on the front of the lens you have a removable housing with three built-in LED lights pointing inward, which are powered via a mini-USB port.

Simply plug in a power bank and the lights will turn on. This, paired with the right subject and one of the target holders that come in the box, will allow you to actually capture something since your subject has to be both perfectly still and very close.

Here’s a closer look at the product shots of this lens from Yasuhara: 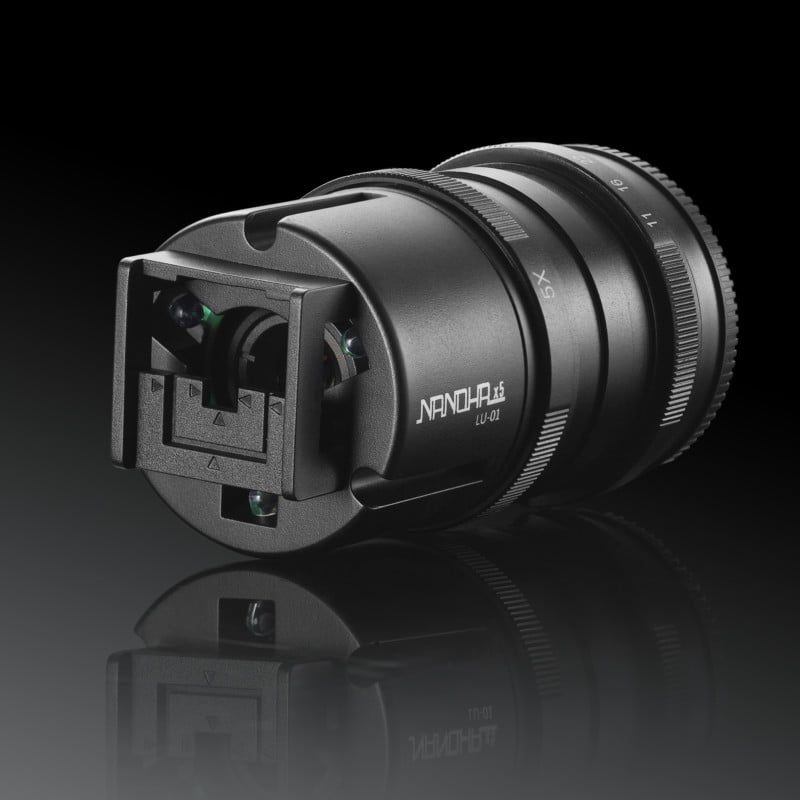 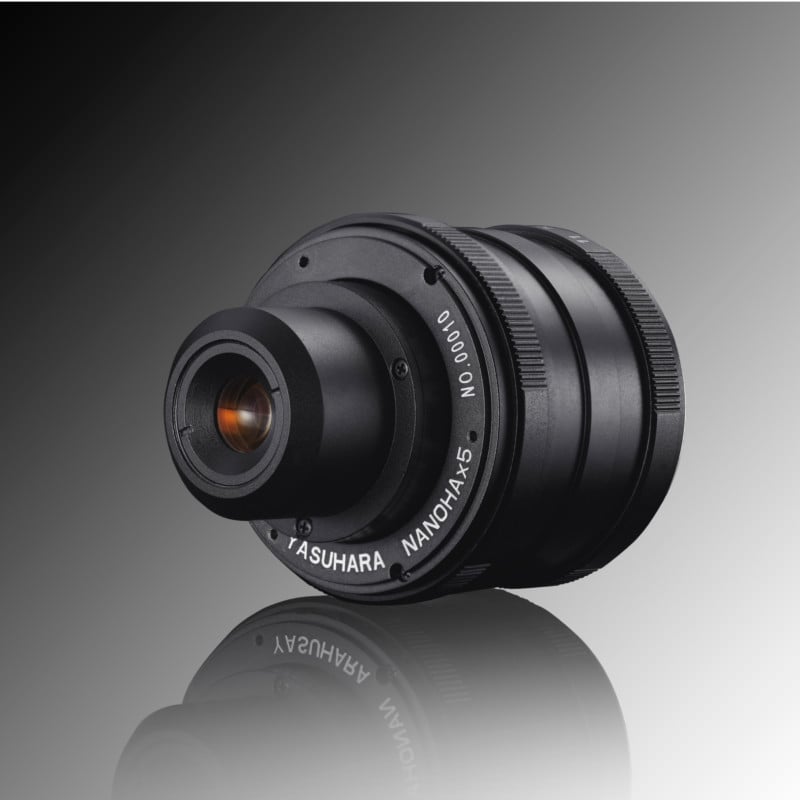 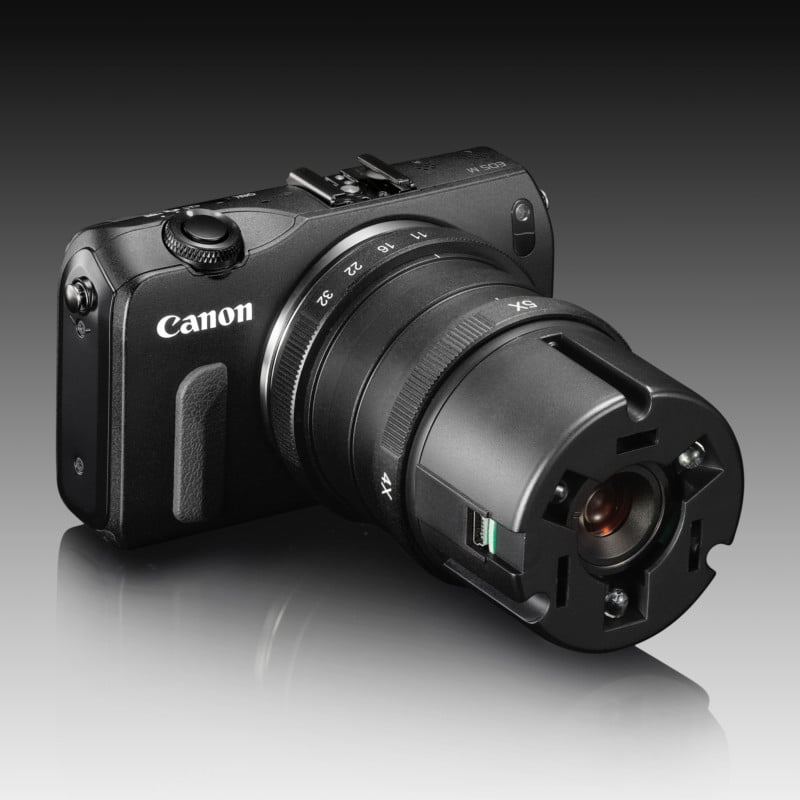 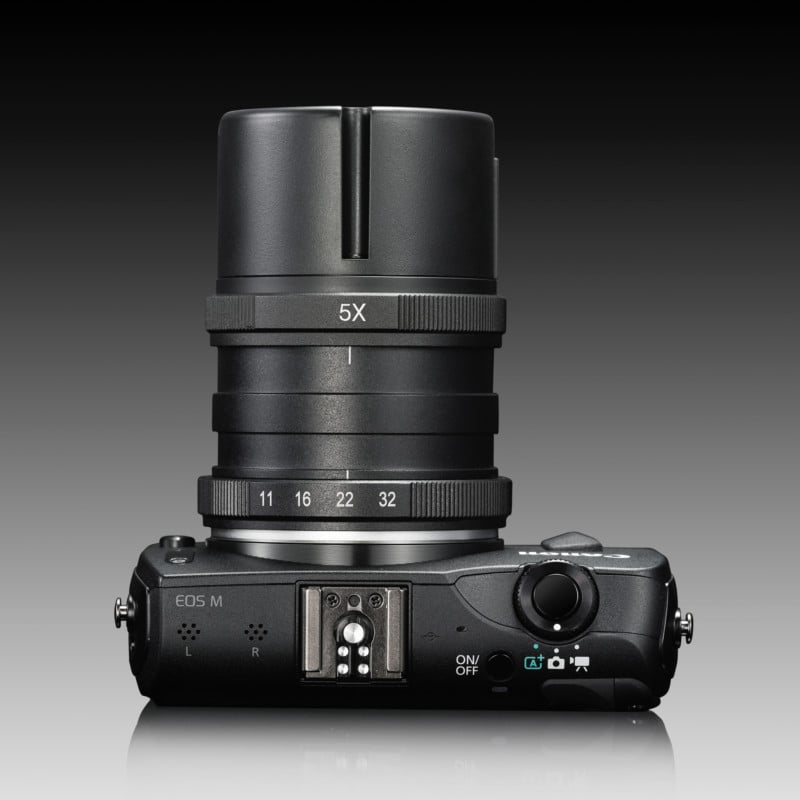 As well as a couple of official videos from the Yasuhara USA YouTube channel:

Of course, you’ll get a better sense of how this lens performs and what it’s like to use by checking out Arthur’s video up top. His impressions were, overall, very positive for this “most bizarre lens” he’s ever tried… largely because there’s really nothing else like it.

“Once you do nail focus with the light on, it’s pretty awesome to see the results,” says Arthur. “If you can get over the negatives this is a very fun lens to use. I’ve just been running around the house taking photographs of random stuff and it’s pretty cool to see how much it magnifies. It’s like having a microscope attached to your camera.”

Check out the full video to see a bunch of sample images and hear more about this lens. And if you want to pick one up for yourself, you can find it in Sony E-Mount, Canon EF-M mount, and Micro Four Thirds mount for $500 this link.